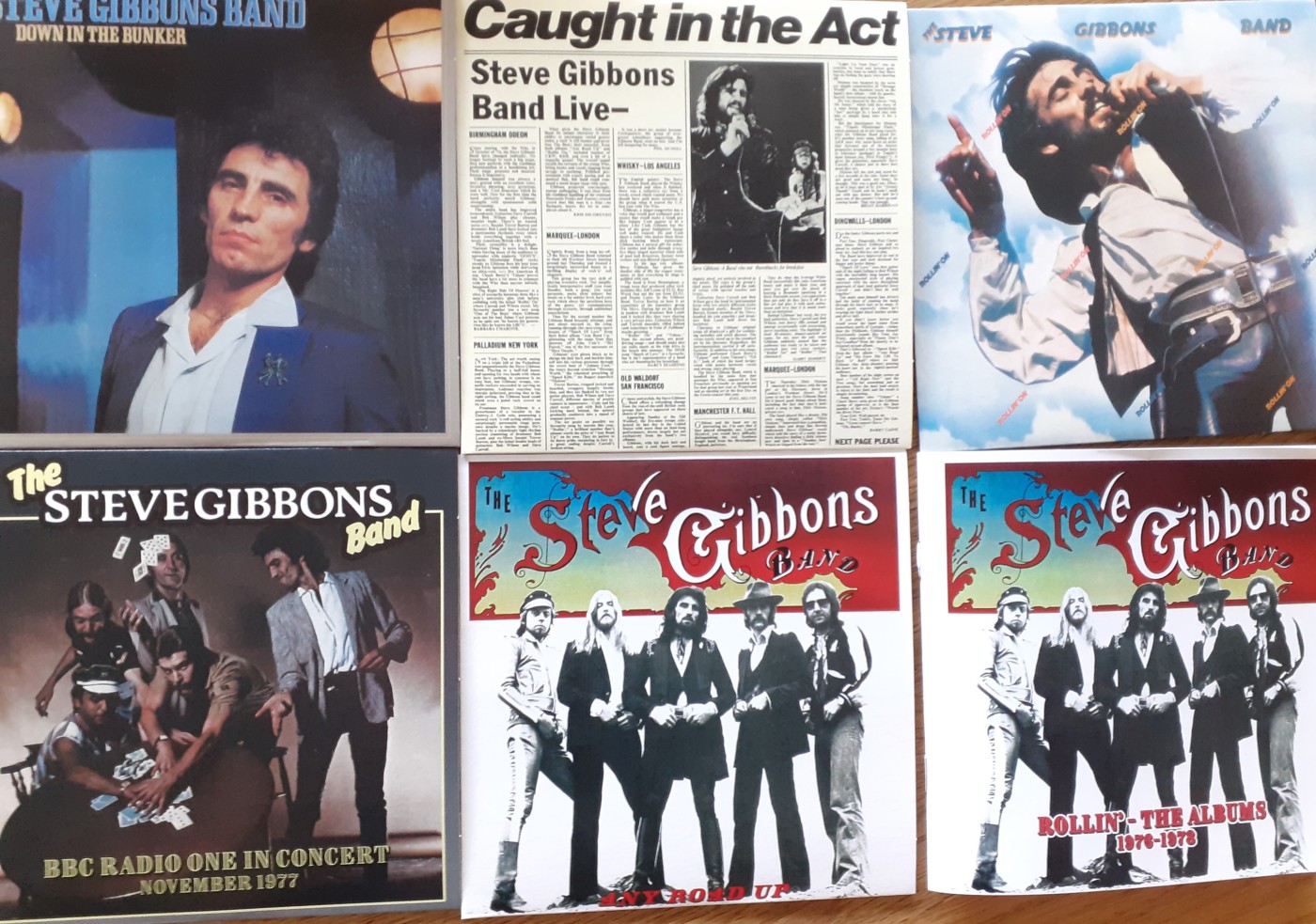 There is something new for the „turntable“ (read: CD player) for fans of the Steve Gibbons Band. Recently, Esoteric/Cherry Red Records released the CD box set „Steve Gibbons Band – Rollin` – The Albums 1976 – 1978“. We will report in more detail soon. For now the following information:

This line-up is considered by many to be the band’s best. In any case, the collection covers the band’s most intense years in terms of commercial success, number of releases and concert activities (including tours with The Who, Lynyrd Skynyrd, Elevtric Light Orchestar, J. Geils Band, Little Feat).

The five CDs contain a total of 69 tracks, including 19 bonus tracks (which were, however, already included on the last CD re-releases of the individual albums) and a previously unreleased concert from 1977, and a booklet with the lyrics and information on the

For those who can’t wait for our more detailed review: There is an unboxing video by Phil Ashton from Nowspinning.co.uk on You Tube

Still got the 4 vinyl albums (played to death). Saw them supporting Skynyrd in Glasgow February 76, and I was hooked. I still think Rollin‘ On was his best album (sorry Phil), but the live tracks are fabulous. It’s a great box set, and everyone who likes blues/Americana/British roots should have this collection