This was the „decade of clear fronts“. In the past, styles had often fertilized and complemented each other, but now (possibly in analogy to the Cold War, which was just getting worse again) two „music blocks“, which mainly determined the current development, stood almost monolithically next to each other: Pop (regarded by unconditional followers as beautiful and sophisticated music, but by irreconcilable opponents as commercial, artificial and faceless) and Metal (considered real and independent by fans because of the instrumental handwork and the fact that almost all bands wrote their own songs, dismissed by despisers as loud, ugly and generally unbearable). The term „pop“ finally established itself as a genre umbrella term… In addition, electronic dance music gained in importance, continuing the disco trend … by other means.

Many consider the 1980s to be the „decade of bad taste“. Well, as is well known, one can (not) argue about taste. But what is certain is that the eighties were not an easy time for rock groups!

This also applies to the Steve Gibbons Band, which lost its contract with a Mayor Company in the beginning of the 1980s and had to reinvent itself in terms of personnel in addition.

Accordingly, in terms of record releases, the 1980s were an „irregular“ decade for SGB:

But the 1980s were also filled with interesting experience: 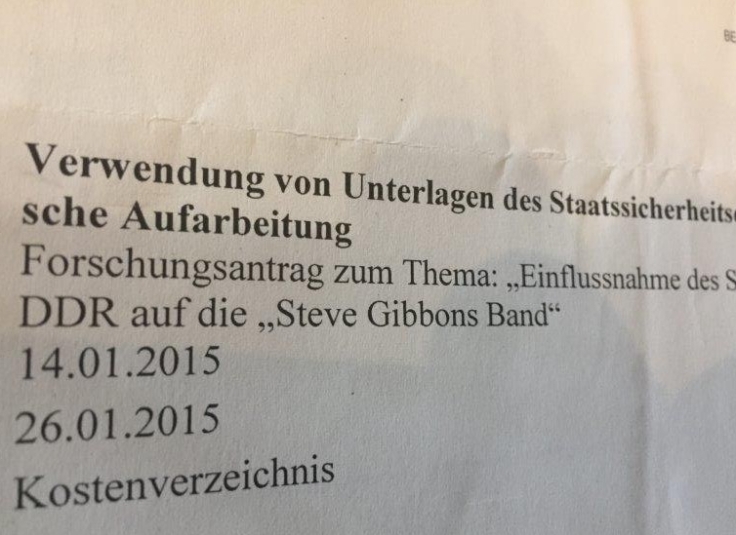 Research in the archive: Did the East German secret service Stasi spy out the Steve Gibbons Band?

So it remains interesting.

Therefore it is worthwhile to have a look here on this page from time to time.

Here you will find in near future the first information about the 1990s.